Why people want to get permanent residency in Australia 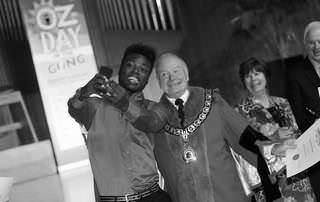 Australian high standard of living and Australian boundless natural beauty is probably the main reason people across the globe are intent in obtaining permanent residency in Australia. Having an opportunity to become a citizen and being allowed to remain in Australia indefinitely may entitle them to the benefits of permanent residency. There are more than a few means to immigrate to Australia. These are being pursued through the means of:

Migrants who hold permanent resident visas may become citizens after conforming to the residency requirement. Usually, after a few years living in Australia, they can apply for citizenship.

Right to work for permanent residency in Australia visa holders

People who hold an Australian permanent resident visa can work in any trade with the exception of the Australian Defense Sector and the Public Services. They are having the same work rights as Australian citizens.

One of the key benefits for those who hold a permanent residency visa is the eligibility for free primary and secondary study in government schools. In general, permanent resident visa holders have the same rights as regular Australian citizens for education. For those studying in private institutions, the same rates will apply as to permanent, native citizens of Australia when it comes to tuition fees.

Medicare is comprehensive medical coverage that supports all the possible features of healthcare that a permanent visa holder is eligible for. An Australian permanent resident will also be allowed to take advantage of a program of the Department of Human Services run by the government of Australia which is committed to social security payment distribution, it is called Centrelink. However, to be eligible for Centrelink benefits payments, in some instances, permanent residency visa holders would have to wait for a prescribed period of time after being granted with PR visa. Whole families, students, unemployed, retirees, parents, and people with disabilities are covered by the social security benefits t by this department.

Australian permanent residents can travel and tour in and out of the region and the country for the duration of the visa which is usually five years. As mentioned earlier in this article when the visa expires, an individual can still stay in the country but will be unable to return to the country without a Resident Return Visa.

Individuals with permanent residency visa have a right to sponsor a partner or spouse into the country for a partner visa. They can also sponsor their parents or other relatives for family or skilled visas (conditions apply).

These are just a few of the most important benefits an individual with permanent residency in Australia experiences. Being granted the status of an Australian Permanent Resident is not always easy to accomplish and it could take years sometimes.

Book a consultation with a migration agent if you’d like to discuss your permanent residency options.

How to hire overseas skilled people for your business?