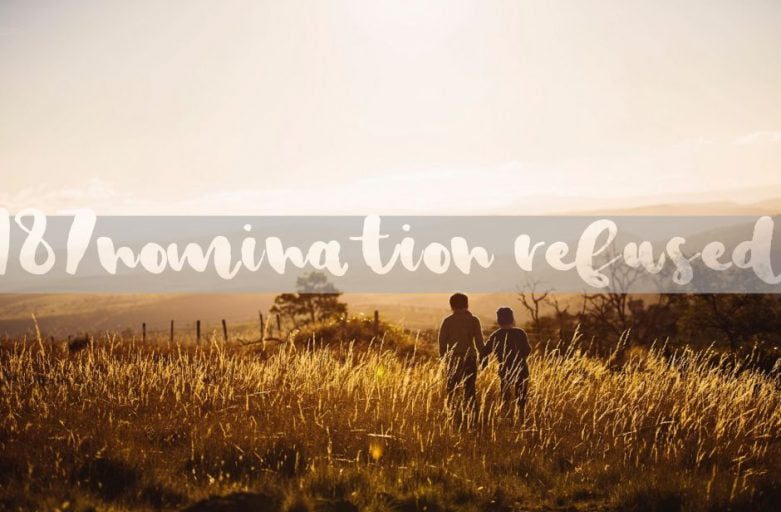 It may take months and in some instances, even years from the time of 187 nomination lodgement by the time case officer is assessing the application. A lot may happen in the meantime in the company. Ther are a few common reasons why 187 nomination is refused:

What to do if your 187 nomination is refused

There is no point arguing with Home Affairs as they have made a decision and for them a decision is final. If 187 nomination is refused your employer may appeal to the AAT and ask them to review the decision. The beauty over here is that case officer have had to provide with a reason for refusal and in the AAT your employer will be arguing if a case officer was right or not. Your employer might provide additional evidence up to the time of the hearing.

Should your employer apply for an AAT merits review?

Can 187 visa be granted if a nomination is refused?

Unfortunately, there is no way your visa could be granted if the 187 nomination has been refused. Dependant on what your employer is willing to do you can withdraw the visa application or wait for it to be refused as well. Home Affairs is quite pushy asking people to get a visa application withdrawn (they don’t want you to appeal), but in most situations, withdrawing the visa application might not be the best idea. Look for professional opinion – it’s your life.

We want to appeal 187 nomination refusal – what to do.

First things first – it’s all about the timing.

AAT is inundated with requests for a merits review. It takes between 1-2 years before an AAT member will be allocated to your case. You will have to have a very good reason if you’d like your case expedited.

Which visa will I have while waiting for an AAT hearing

There is no simple answer, but the most common concern is when a visa applicant is already on a Bridging Visa A. Your BVA will be extended untill the hearing and beyond. You’ll still have work rights and will still be eligible for a medicare, but expect a letter from Medicare to confirm your case has been escalated to the AAT as Home Affairs is quick in letting them know about a refusal.

Can I apply for another visa in Australia while waiting for an AAT decision?

If you still have so called substantial visa (almost any visa apart from bridging visa) – very likely, yes. Remember you’ll have to fullfill all the requirements of the visa you are applying for, so – if there is a GTE requirement (it does apply to visitor visa, student visa, temporary work visa) you might be in trouble here. How you can prove your intentions to stay in Australia temporarily if you have already applied for a permanent residency?

If you are on a bridging visa – you can not apply for another visa while in Australia because of s48 bar, unless …

Should I engage the migration agent?

Oh well – it’s your life.
Have you seen the TV series “The Knick”? It’s about a surgeon working in a New York’s hospital during the early part of the twentieth century.  He did an abdominal self-surgery, it did not go well…

Make yourself a favour and engage a professional. We have helped a few – so you know whom to call.