Immigration a necessary ingredient for a strong Australian economy 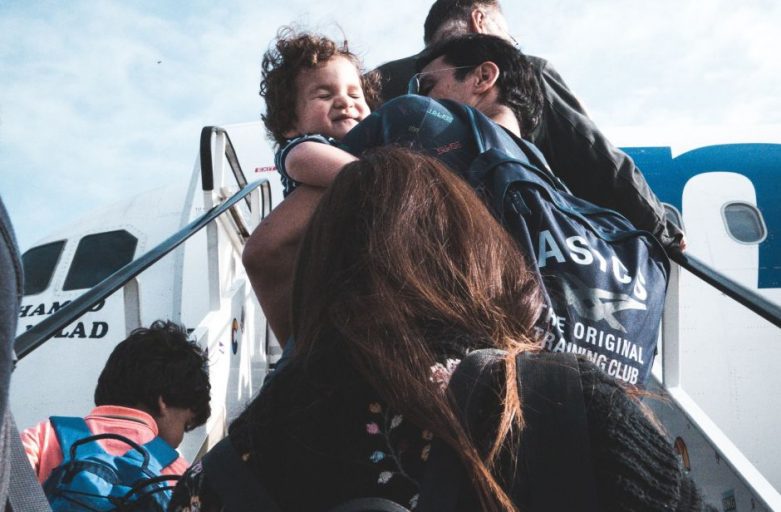 Immigration a necessary ingredient for a strong Australian economy

Whether the local citizens and permanent residents of Australia will like it or not, migration is here to stay.

Already there are mutters here and there about the ill effects of the continuous inflow of people from around the world resulting in the rapid growth of the population.  Some sectors are beginning to complain about congestion in certain areas of the country.  Housing always takes the center stage of the discussions.  They say some groups or nationalities are turning the pricing of the real estate topsy-turvy.  Others bring up the problem of lack or outdated infrastructure which is obviously unable to cope with the speed of the ballooning population.

They then call on the government to trim down the rate of immigration in the hope of addressing the problems.  It seems, though, that the present administration (and maybe the succeeding administrations also) will not hear any of their clamors.

This is because, according to a result of a study about the matter, the economy would suffer if the government decides to cut migration rate.  Doing so would adversely impact the national budget to the tune of billions of dollar, result in poorer standards of living and stunt jobs growth.

In terms of sheer number alone, the strength of the migrants is not something to be taken lightly.  The country welcomes close to 200,000 permanent migrants annually.  And with the push to tie migration with the needs in the labor market, the majority of these migrants are armed with the skills needed in various industries and businesses here.

Migration has always been a crucial component of Australia not only in its economy but in the overall task of nation-building as well.

True, bigger population poses challenges in many fronts more notably in basic services such as food, housing, healthcare and the like.  But isn’t it the price of growth and development?  For Australia to move forward, it has to address the problems of housing, congestion and lack of infrastructure to keep up with the growing population.  Cutting the rate of immigration is tantamount to retreating from the challenge.

We already know that the contribution of migrants to the growth of the Australian economy is quite significant.  The question is how much in concrete numbers.

Both Department of Treasury and Department of Home Affairs have found out that for the two-year period of 2014-2015 alone, the number of people the country has taken in would contribute about 10 billion dollars to the national coffers over the next 50 years.

Again, that’s $10 billion dollars over the next 50 years! Whew! Quite a dividend for the country economically speaking!

And that is not surprising because of the fact that, again, migration in recent years has been dictated by the needs of the market for more skilled and able individuals, who keep businesses running and contribute new expertise and ideas to the different industries.

This development has thrown into the limelight the phrase Skilled Migration Schemes and generated the accompanying skilled migration visas such as the popular subclass 457 visa, now replaced by Temporary Skill Shortage (TSS) visa or subclass 482.

The only group of migrants that is seen to cost the national budget rather than contribute to it is those on humanitarian visas such as the refugees.  Yet, not all of them are a burden to the economy; many of them are productive members of the community.  So, the country still benefits from them.

Migrants don’t take away the jobs of the Australian citizens

There have been some grumbles that the migrants pose a burden to the welfare system and that they steal the jobs of the locals.  Both have been found to be untrue in the report.  On the contrary, the migrants pay more taxes than what they claim from the social services.

Also, it disproves the prevailing assertion that the Australians lose their jobs to the migrants.  The report rather finds out that the labor market has neither been affected positively or negatively by the intake of foreign nationals.

Instead, the presence of migrants results in other positive outcomes to include the following:

It goes without saying, the growth in population comes with it certain challenges, foremost of which is congestion, especially in city centers.  Add to that the concomitant spike in the demand for housing as well as pressure in other infrastructure.

The call of the day is not to backtrack from the current trend by trimming down migration rate as suggested by one of the country’s past leaders.  Rather, the country should march onwards – face the challenges by finding solutions to the problems of congestion, housing and infrastructure.  By addressing infrastructure issues, it does not only mean building new ones but also maximizing the use of the existing facilities and amenities.

While the back and forth is going on, encouraging signs are taking place elsewhere when it comes to taking in more migrants.  The rural and regional Australia still maintains a strong appetite for foreign nationals making a landfall in their states or territories.  The residents in these parts of the continent still extend warm hospitality towards their new neighbors.  Many foreign workers are expecting to be given a cold shoulder – or worse, animosity – by the long-time residents here, only to find out that they are very much welcome.

This is something that both Australia and the immigrants can capitalize on.  With vast tracts of land in regional Australia waiting for settlers and the congestion and housing problems facing the denizens in highly urbanized city centers, these areas can be viable, even attractive, options.

Migration will still be the norm in the years to come

Migration, rather than natural population increase (babies born), will still handle the compass in the foreseeable future as far as peopling the huge Australian continent is concerned.  Migrants will still be the driver of population growth and we cannot see the trend slowing down or changing direction anytime soon.  There may be some policy changes in terms of accepting visa applicants such as what happened to visa 457, which is now TSS visa, but the core nature of Australian migration will remain intact.

Therefore, those of you who have yet to apply for an Australian visa that fits your qualifications and personal situation, we urge you to do it now.  Australia remains the choice destination for you, especially if you have the skills that are needed here. New visas (subclass 494 visa and subclass 491 visa) will be introduced in November 2019. These visas are made with a focus to encourage prospective migrants to settle in a regional Australia.

Be a contributor to the nation-building of Australia, ask Nowak Migration how

The vast continent-country of Australia is beckoning you.  You sure can play a huge part in its continuing development.  Whether you are a skilled professional, whose talent and expertise are in great demand here right now; or a student, who is aiming for a world-class yet affordable education; or a businessman, who is looking for places overseas in which to expand his ventures; or an entrepreneur, who is out to cash in on the booming financial markets, there’s always a way for you to take part in the continuing progress of this already great country.

Whoever you are, wherever you are, come and bring your expertise and resources Down Under and lets all help make Australia all the more prosperous, and, in the process, secure your and your family’s future.

If you are planning to apply for an Australian visa but don’t want to go through the hassles of the visa application process, don’t hesitate to contact us for advice and assistance.

Any Australian visa that fits your qualifications and personal situation, we can process it on your behalf.  On top of that, we can assist you on other matters not necessarily related to immigration.

We at Nowak Migration always have your back, and we are ready to extend help any which way we can just to make sure your visa application, as well as the transition from your life in your home country to a new life here, would be as smooth as possible.

We invite you then to pick up your phone now and give us a ring at (07) 3668 0658.  If not contact us by other means or drop us a message at any of our social media accounts.

You can be assured of our transparency and honesty in transacting business with you.  Our growing list of loyal and happy clients can attest to our integrity as your partner in dealing with Australian migration issues.

Also if you want to keep abreast of the developments on Australian migration as well as on the overall business situation of the country, please subscribe to our newsletter by filling out the form below.  Don’t worry about spam; we take extra care of your privacy as you do.

Finally, if you think this article can help someone you know, please share it with them through any or all of the social media sites that we are using.  We will certainly appreciate your effort.