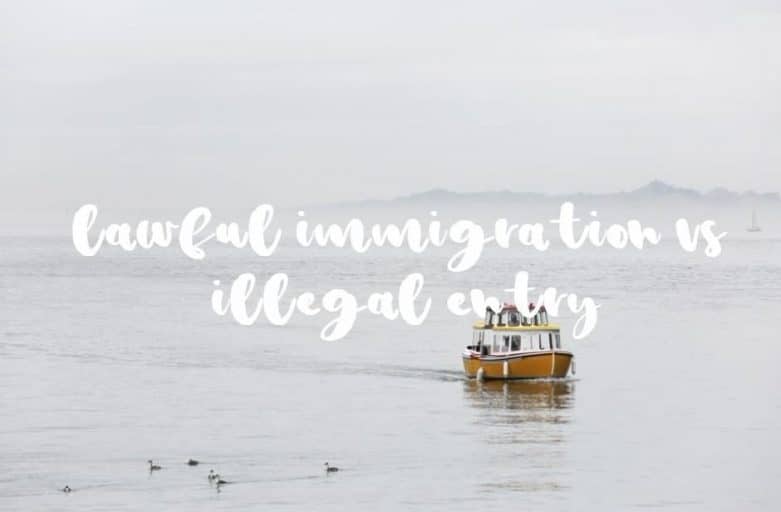 Most countries have immigration laws to protect themselves from an influx of foreigners.  These protection barriers usually serve to ensure that migrants that do enter a country lawfully have the potential to make an economic contribution to the country, instead of being a financial drain on the economy.

To be accepted under the Australian migration program, one needs to show that:

New Zealand citizens have less stringent migration rules to abide to, due to the Trans-Tasmin Travel Arrangement between the two countries.  Under this agreement, New Zealanders and Australians can generally work and live in the other country without applying for migration or permanent residency.

Australian migration policy also allows for ‘short stay’ vivitor visas and student visas, giving tourists, working holidaymakers and students the opportunity of visiting, working or studying in the country for a predetermined period of time.

Under Australia’s Humanitarian Program, refugees that arrive in Australia unlawfully can apply for refugee status. A person who can show that they fled their home country out of fear of prosecution can apply for a temporary protection visa once they arrive in Australia.  The process of applying for a temporary protection visa is lengthy and asylum seekers are ordinarily house in refugee camps whilst the process is completed.

Illegal immigrants are people who have overstayed their visas, have had their visas canceled but who have failed to leave the country or people who work in Australia without the necessary visa that permits them to work in this country.

In 1958, the Migration Act was legislated, requiring the detention of all non-Australian citizens or permanent residents who are unlawfully in Australia.  In accordance with the Act, such persons are to be deported to their home countries as soon as it is practical and without unnecessary delay.

What is an Australian migration zone

Australia has a ‘migration zone’ which non-citizens cannot enter without the necessary visas. Such migration zones include the states, mainland territories, and some external territories.  The Migration Amendment (Excision from Migration Zone) Act and the Migration Amendment (Excision from Migration Zone) (Consequential Provisions) Act were legislated in 2001 and excised certain external territories such as Ashmore Island, Cartier Islands, Christmas Island, and Cocos Islands.  Thus, any person who arrives in these territories unlawfully has no right to apply for a visa. Asylum seekers who arrive in these territories may apply to United Nations High Commissioner for Refugees (UNHCR) for refugee status, but Australia is under no obligation to grant permanent settlement visas to arrivals to excised territories, and illegal arrivals to these territories have no recourse in Australian courts.   This seemingly harsh step was specifically designed in an attempt to reduce the number of people being smuggled into the country. Subsequently, in 2013 the entire Australian mainland has been excised from the migration zone in a bid to deter the arrival of asylum seekers…

How to verify work rights of foreign workers